Already before starting a new article about Indian food in North and South India. In India there is a deep belief that serving food is a service to humanity, considering it a privilege.

We want to talk about the differences between Indian cuisine and food in North and South India. This country is the seventh-largest on the planet with three million square kilometers, but it is also the second most populous with one thousand two hundred and forty million inhabitants. If Spain, being a medium-sized country of 504,000 km2, has that gastronomic variety in the north and south, you can get an idea of ​​the differences that we can find in Indian food.

In our journey to bring you closer to the secrets of India, we must stop at its gastronomic differences. We can talk about the different regions, but this time we are going to do it about the different areas, drawing a horizontal line that divides India and Indian food in two, both in raw materials and techniques, as well as in influences and time. But there are also some similarities that we will also deal with here. 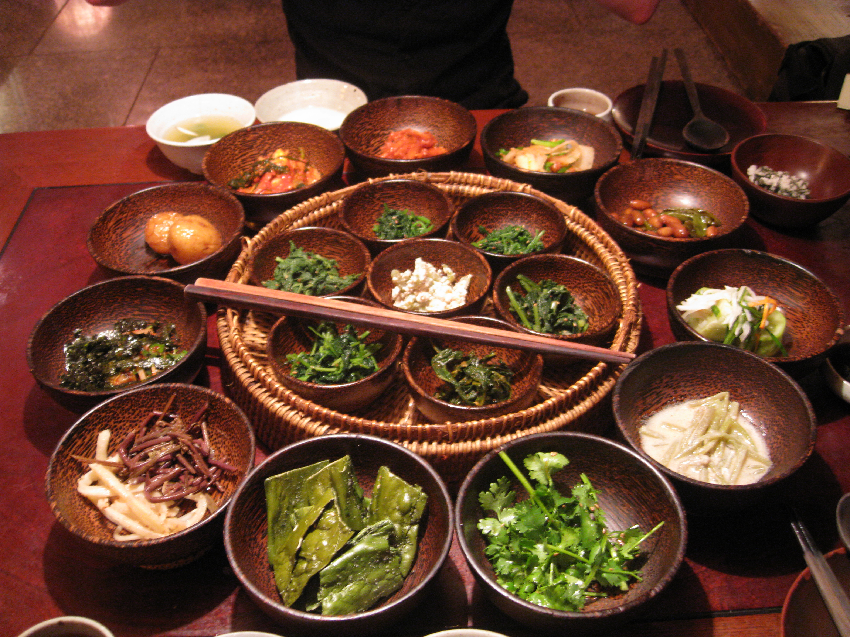 Although it is true that Indian food uses meat such as chicken and lamb, it can be estimated that our cuisine has a large vegetarian base. There is a multitude of recipes that rely solely on the input and flavor of grain, vegetables, fruits, and vegetables. This is partly due to the vast plantations that we find from north to south in India but also to the climate, a climate that favors the cultivation of multiple and varied plants so that they are the center not only of Indian food but also of Our culture.

Vegetables and vegetables such as tomato, onion, pepper, or garlic are, in conjunction with cereals, an essential part of Indian cuisine and food. However, the climate and geography change substantially between the north and the south, and although it is true that both one area and the other share employment and a taste for vegetables, southern Indian food can be considered closer to vegetarian food.

Starting with the differences that may exist between one Indian food and another, we are going to talk about the consumption of meat or fish in the different areas. As you know, the consumption of beef is neither common nor admitted. There are religious, sociological, and cultural reasons why we Hindus do not eat beef and to explain it we would need a separate article, however in order not to separate ourselves from the subject we will accept the idea that the cow is the sacred animal in India and as such, its consumption is prohibited not only by religion but by culture and society itself. No recipe, nor any restaurant will have this meat on its menu, sometimes out of belief, many others out of respect for a culture they represent.

That said, the meat that Indian food uses in its dishes is based on chicken and lamb. Meat that is meticulously boned, so that it can be eaten and cooked without hindrance. It is in the north where the consumption of meat is more common, however in the south, thanks to the seas that bathe our coasts, southern gastronomy has been developing and specializing in the cuisine of fish and shellfish, using the sea as the most important animal raw material.

Bread And Rice, A Matter Of Influence And Nuances

Perhaps the most essential difference between northern and southern Indian food is, along with time, the influences they have had due to the weight of history. And it is that if in the South, recipes and culinary traditions have been more immovable, the North has suffered (and enjoyed) the settlement of other ethnic groups ranging from the Mongol Empire to the Arab community, this being one of the main predecessors of the most notorious techniques and recipes from North India such as tandoori and naan bread.

Some argue that today’s southern Indian food is essentially the same as recipes from several centuries ago, as they remain closely tied to the roots of Indian food tradition. It is in the north where it has evolved thanks to coexistence with Persians, Mongols, and Arabs who imported and exported different ways of cooking, such as their taste for bread.

Although rice is one of the hallmarks of Indian food, in the south its consumption is more important than in the north. It is true that rice continues to be essential in Nordic cuisine, and that it is in this area that the most characteristic rice in India (basmati) is produced, but it is also true that in the north, due to climate and tradition, Wheat consumption is more widespread. It is from the north of India that the well-known naan bread or chapatis come from, due to Arab influence as can be understood, being one of the bases of the cuisine of the area. In the south, on the other hand, rice does have greater relevance, being used beyond as an accompaniment with curries and being present in many recipes.

It is true that rice is one of the bases of Indian food but, as we have just seen and like everything in life, everything is a matter of nuances.

When Cooking, The Oil And Seasonings

As we said, India differs from one part to another in language, customs, culture, and cuisine. Although we can locate similarities, we already said in the previous blog post, the richness is in the plurality and the mixture. And there is no doubt that these differences are an important part of the charm of India. These differences also have their explanatory reason in the different settlements between Hindus. If the “Aryans” in their English terminology historically settled in the north, the “Dravidians” did so in the south, developing and maintaining each ethnic group’s way of understanding cuisine.

Another culinary difference between north and south is the oil used in both areas, if in the north the most used oil is sunflower, rapeseed, and mustard vegetable oil, in the south, it is sunflower oil and especially coconut oil. It’s fundamental. Coconut is a fundamental ingredient in southern Indian food, being present in all kinds of dishes and giving that unmistakable touch to the food.

In the north, in addition to vegetable oil (mustard or sunflower), particular emphasis must be placed on Ghee, the Hindu concept that refers to clarified butter. A fat that is used in special cases such as parties and family gatherings, being very recurrent for desserts and sweet dishes.

Seasonings, on the other hand, are essential in both northern and southern cuisine, being one of the reasons for the seduction and aroma that Indian food awakens in the palate. However, there are also differences in this. While in the south they prefer to cook with spices and fresh herbs; in the north, powdered spices are more common. In the south, there is also a greater predilection for spicy, with chilis being a very recurrent condiment and used together with tamarind. In the north, on the other hand, a range of seasonings are used, such as coriander, cumin, turmeric, cardamom, cinnamon, cloves, anise, or fennel, with Garam Masala deserving special attention.

The Different Curries And The Dreaded Spicy

If there is something typical of Indian food, it is its curries, a kind of sauce that encloses the flavors of India and explodes in the mouth with a mixture that goes from sweet to bitter, all in a mixture of indecipherable and unique flavors. . But in such a case, there are also differences between northern and southern food.

South Indian food is the cuisine that plays the most with spice, perhaps because of the taste and the use of chilis; while the cuisine of the north, even with its spicy specialties, seeks more of a mixture of flavors. Another difference is the way of making the curries, since in the north curries are usually made with a base of milk, cream, or yogurt, unlike in the south where they are made with water. The result is the buttery curries of the north, in keeping with the liquids of the south. Both are equally exquisite, both balanced healthy.

As we can see, Indian cuisine is a world to discover, for some a treasure and for others a mystery; but always and at all times something worth discovering whether it is Indian food from the north or from the south.

You may also be interested in Wedding traditions in Mongolia, customs, rituals, costumes, and more